The Band That Turned Down Glastonbury 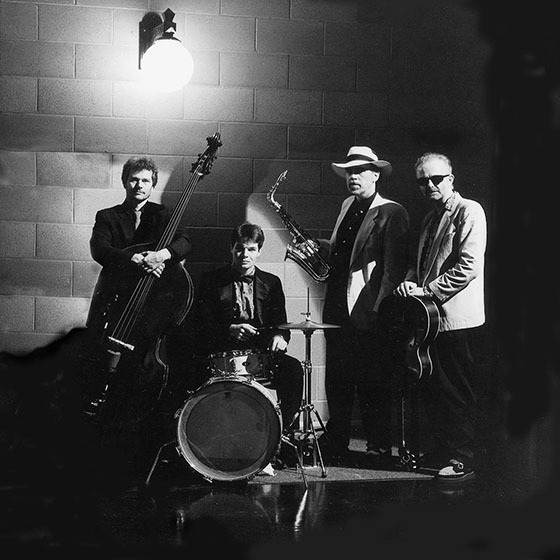 What?! - That's right, says Clive with a wry and slightly regretful grin, we did. Many years ago, before Glasto was the monster event it is now, we were offered a gig in the Workers' Beer Tent. OK, not one of the prime stages, but a spot at Glastonbury nonetheless. As we had a prior booking, we turned Glastonbury down! We may be stupid... but we're reliable!

All jokes aside, we've been playing together for over 20 years, and we know what we're doing. We are:

Great for dancing, singing along or just listening - a mix of rock 'n' roll, rhythm 'n' blues, jive and smooch - with a dash of Latin, jazz, and ska thrown in for good measure. We play hits and some lesser-known gems mostly from the 1950s and early 60s, interwoven with a few BSJ originals so cleverly crafted in the styles of that era you won't notice the joins. And no, it's not just for old people - we have plenty of young fans too!